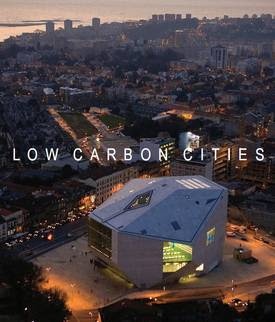 «INTRODUCTION TO THE CONGRESS

2009 is a vitally important year for the future of our planet, its human populations and all the other life forms that live on it. For in December, the world’s governments will meet in Copenhagen to agree upon a successor to the Kyoto protocol which, in 1997, started the faltering attempts to curb emissions of greenhouse gases. They face an enormous responsibility because they will need to agree upon drastic cuts in those emissions that will affect the lifestyles of everyone on the planet. For the world has to change rapidly towards a low carbon economy in which CO2 and other greenhouse gas emissions will be a fraction of what theyare now.

Over half of the world’s population now lives within cities. Because they concentrate people and activities, they place a particular burden upon the Earth’s resources. Their future is crucial in the search for sustainability and, if we are to put the world on a lower carbon path, action based upon the cities will form a major part of the solution.

The way that our cities are managed and planned will be of vital importance in bringing this about; this is the subject matter for ISOCARP’s 45th World Congress. What is the role of planning, and of those who are involved in the planning and development process, in the drive to achieve less resource intensive, low carbon cities? Over the four days of our Congress we have a major opportunity to disseminate and share our experience about strategies and practical approaches to the planning and design of low carbon cities.

The Porto program brings together an enormous range of experience, from the level of world figures in the field of sustainable development to practitioners at the local level. This is entirely fitting for a subject where the overall direction must be set globally but where many of the solutions must be worked out regionally or locally. Most, but not all of the workshop papers describe local situations and there is an immense variety of those.

What has been marvellous about this Congress is the scale of interest that it has attracted and the sheer spread of the ideas that have been put forward. The Call for Papers attracted a record 243 entries. Of these, about 140 were accepted, the principal criterion being compliance with the declared low carbon city themes. As has been the pattern at all other recent congresses, this number has since come down, the result being that we will have some 100 presenters spread out between our five workshops. » 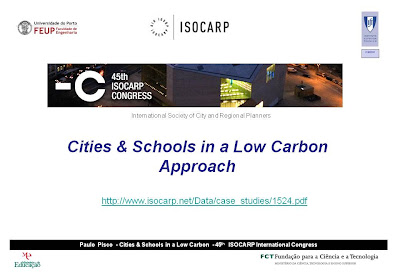